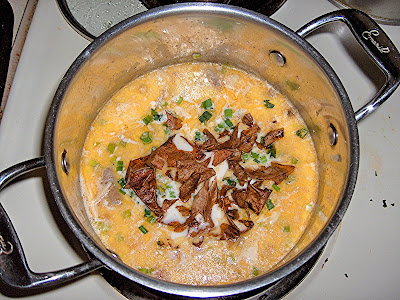 Monday night Peter and I celebrated our 30th anniversary with a lobster, baked potato, and gai lan dinner. I got the idea, when shopping for the potato, to bake an extra one with which to make a potato soup. What the heck, we had the oven on anyhow.

I saw no reason to make this anything but extremely simple. I went back and forth about using cheese. In the end I decided to go for it, but a fairly small quantity of something mild. Then there was the issue of what to do with the potato skin. Crisped up potato skin bits sounded like a great garnish.

One wrinkle: the use of preserved mustard tuber. You will not find this at Safeway; you need an Asian market. Substitute minced dill pickle if you have some. Otherwise don’t worry about it.

Use any sausage. I had some little turkey breakfast sausages I got for a song. 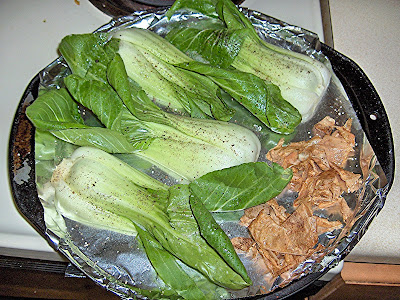 Since I was using the oven for a side dish of roasted bok choy (simply sprayed with cooking spray and sprinkled with salt and pepper; 400 degree oven for 15 minutes), I sprayed the potato skin, roasted it for 6 or so minutes, and used it as a garnish. 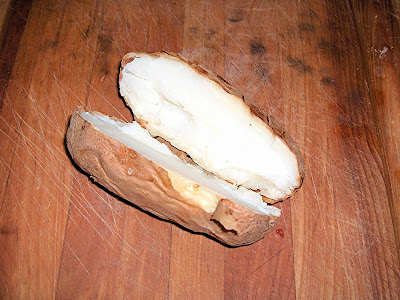 Bake the potato at 400 degrees for 70 to 75 minutes until tender. Allow to cool and then peel off the skin. Cut into ½” pieces. Lightly mash about half of it to lend texture to the soup. 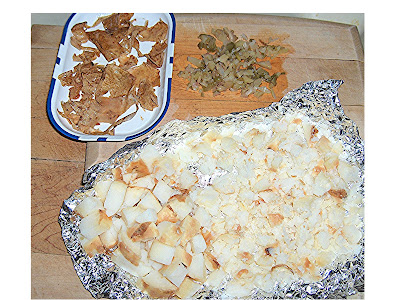 Cook the sausages by steaming or sautéing. Cut into 1” pieces and set aside. 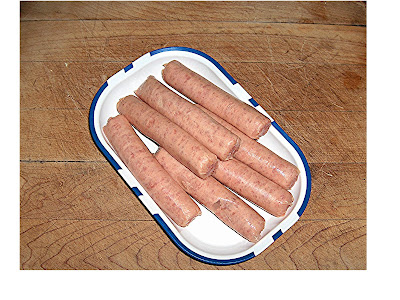 Put all ingredients in a soup pot and bring to a simmer. Season to taste.

30 years is a long time. Congratulations you guys! I see another 30 in your very bright future. The soup looks and sounds delicious. I hope you both had a fantastic day. Blessings...Mary

Congrast on 30 years...that is so wonderful to hear!! Definitely a call for a celebration!
I love love love potato soup. And simple is always good. Great, now I want potato soup and roated bok choy!!!

Happy 30th!!!! What a a great dinner to celebrate!

Happy anniversary! :) This soup looks delicious. This is such a perfect time of year for hearty soups :)

Congratulations to you and Peter on your 30 year anniversary, Stephen! This is one great soup! Lots of good ingredients in this and I really like the addition of sausage. Yum!