The best Reuben sandwiches you will never make 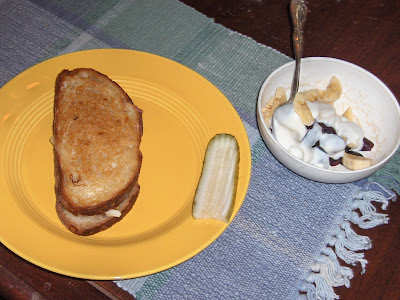 One account holds that Reuben Kulakofsky (sometimes spelled Reubin, or the last name shortened to Kay), a Lithuanian-born, Jewish grocer from Omaha, Nebraska, was the inventor, perhaps as part of a group effort by members of Kulakofsky's weekly poker game held in the Blackstone Hotel from around 1920 through 1935. The participants, who nicknamed themselves "the committee," included the hotel's owner, Charles Schimmel. The sandwich first gained local fame when Schimmel put it on the Blackstone's lunch menu, and its fame spread when a former employee of the hotel won a national contest with the recipe.
Other accounts hold that the reuben's creator was Arnold Reuben, the German-Jewish owner of the once-famous, now defunct Reuben's Delicatessen in New York, who, according to an interview with Craig Claiborne, invented the "Reuben special" around 1914.
A version of that story is related by Bernard Sobel in his book Broadway Heartbeat: Memoirs of a Press Agent and claims that the sandwich was an extemporaneous creation for Marjorie Rambeau inaugurated when the famed Broadway actress visited the Delicatessen one night when the cupboards were particularly bare. Some sources name the actress as Annette Seelos, and note that the original "Reuben special" sandwich did not contain corned beef or sauerkraut and was not grilled; still other versions give credit to Alfred Scheuing, Reuben's chef, and say he created the sandwich for Reuben's son, Arnold Jr., in the 1930s.

Recipes, recipes. So little time, so much food. I hadn’t planned to post this, but it was too good not to mention. If I seem a little smug about my homemade stuff, it’s because I am. Get some corned beef, cheese and sauerkraut from your market and these will be (almost) as good. Here in Denver we use a bread made by Udi’s. I don’t know how widely available it is, but a good rye will do just fine. Swiss cheese is as good as gruyere (gruyere being a kind of Swill cheese). Some mustard and/or horseradish instead of thousand island dressing is also a more than suitable substitute.

Slather one side of the bread with dressing. Add some cheese. Add corned beef. Add sauerkraut. Top with a bit more cheese.

Heat your griddle. Use a stick of butter to grease it. Lay on the sandwiches. Cover with foil and weight with a teakettle. Cook 4 minutes. Turn, add more butter, flip the ‘wiches and cook 3 more minutes.
Posted by Stephen C at 2:30 PM